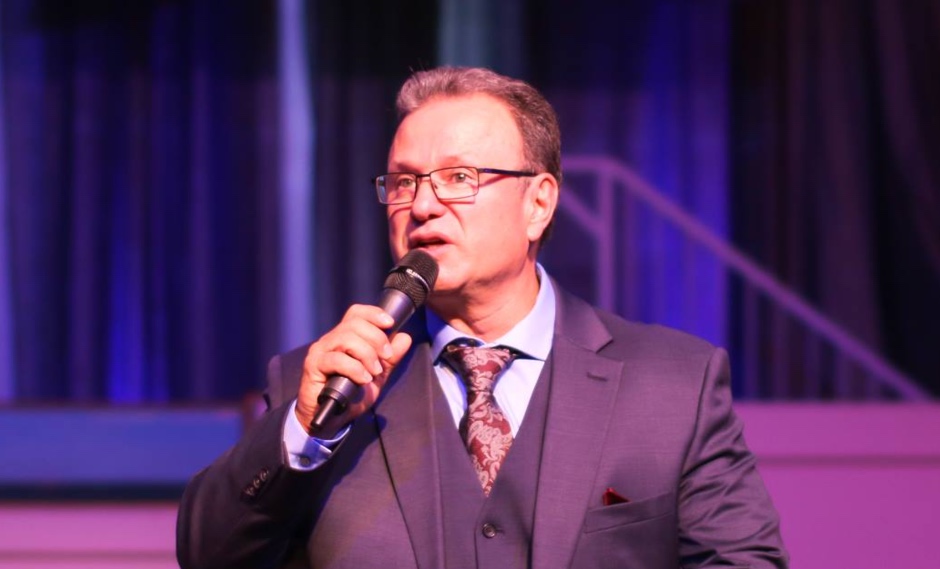 The phrase "LORD of hosts" is how many English versions of the Bible translate the Hebrew "Yahweh Tsabaot." This name of God appears 261 times in the Old Testament. Yahweh is the name "I AM," showing God's self-existent, self-sufficient nature. It is the name by which He instructed His people to remember Him throughout all generations. Tsabaot, however, comes from the word saba, meaning army.

The word "host" in English is now used to refer to a numerous quantity or multitude; like a "host of options." However, historically, it referred to a multitude of warriors. So tsabaot refers to all the heavenly armies under God's command.

These heavenly armies include celestial bodies like the sun, moon, and stars. In Jeremiah 31:35 we see "the LORD, who gives the sun for light by day and the fixed order of the moon and the stars for light by night, who stirs up the sea so that its waves roar— the LORD of hosts is His name."

Another "host" God commands are the heavenly beings such as cherubim, seraphim, and other angels. Micaiah had a vision and said, "I saw the LORD sitting on his throne, and all the host of heaven standing beside him on His right hand and on his left" (1 Kings 22:19).

Jesus refers to God's command of this host of angels in Matthew 26:53 "Do you think that I cannot appeal to my Father, and he will at once send me more than twelve legions of angels?" A legion was a unit of six thousand men in the Roman army during Jesus' day. Thus, he was saying God could summon seventy-two thousand angels at a moment's notice.

When John received his vision of heaven, he described "angels, numbering myriads of myriads and thousands of thousands" (Revelation 5:11).

Surprisingly, the hosts God commands are not limited to celestial bodies and angelic beings, but also extend to human armies. When David confronted Goliath in battle, he said, "I come to you in the name of the LORD of hosts, the God of the armies of Israel" (1 Samuel 17:45). The Israelites submitted to God's authority as their commander.

When The Lord Fights Your Battle

Summary: Why it is necessary for a believer to allow the Lord to take control of his/her personal battles; noting that this is the only way one can be assured of victory . This message further highlights eight different ways the Lord can fight one's battle

Knowing how to obtain victory in battle is of great importance to every Christian. There is a fact that we are constantly engaged in warfare. The good news is that every child of God has access to a warrior who has never lost before.

The bible states that Jehovah is a man of war: The bible informs that the Lord will fight our battles for us. Exodus 14 states: vs.14 'The lord shall fight for you and you shall hold your peace'

We must wait upon the Lord: The bible states in the book of Isaiah: Isaiah 63:4 'For the day of vengeance is in mine heart, and the year of my redeemed is come.

While further in Romans we read: (Romans 12:19) 'Dearly beloved, avenge not yourselves, but rather give place unto wrath: for it is written, Vengeance is mine; I will repay, saith the Lord.

Below are 7 ways the Lord fights for His children.

> The Lord will fight my battle and I will hold my peace.

YADAH - Definition: Yadah is a verb with a root meaning, "the extended hand, to throw out the hand, therefore to worship with extended hand

If I were you I would take the next prayer point: Oh Lord, overthrow my stubborn pursuer in the name of Jesus.

2) The Lord will send His Angel ahead to fight your enemy: There are cases where the Lord sends his angel ahead of you to do the actual fighting. 2 Samuel 5:23-25

In 2 Kings this was the strategy the Lord employed to provide abundance in the land of Israel during the time of famine: 2 Kings 7:5-7

5) The Lord will cause your enemies to have a terrifying dream: Gideon was chosen by God to deliver the Israelites from the hand of the Midianites.

> Food for thought: When it seems that everything is working in the enemies, favour do not worry, the Lord is up to something! Judges 7:9-10 / 13-14

6) He will open the heaven's and cause hail to rain!:There have been cases where the lord has stoned the enemy with hailstones or thunder. The following example in Joshua shows how far the Lord can go to obtain victory for His children: Joshua 10:10-11

7) The Lord will cause your enemies to destroy each other: Yet once again there are cases where we need not to fight and the Lord will not use his angels. This is because the enemy will turn upon and fight each other. 2 Chronicles 20:17

> Here, God assures the Israelites that they would not need to fight this battle. 2 Chronicles 20:22-25

The Lord caused the wealth of the enemies of His children, to be converted to the latter. Wealth- and once again power- changed hands!

In conclusion, why should we ask God to fight our battles for us?

Why Ask God to fight your battle

There are some battles we cannot fight ourselves.

Most spiritual battles can only be won through divine intervention.

It is through such that God's name is glorified.

When the Lord fights your battle Satan will learn not to mess with you.